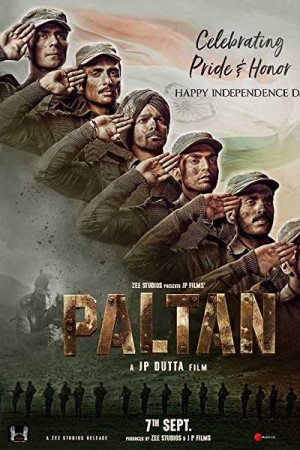 Patlan, an Indian war film, is the story of bravery of the battalion of Indian Army Mountain division soldiers in Chumbi valley. The story visualizes the Nathu La and Cho La clashes between the Indian and Chinese military, as it happened in 1967. When the Indian side starts laying a fencing stretch along the perceived border, the Chinese side repels the act with an argument that takes the shape of a clash when Chinese soldiers opened the attack. The 5-day clash using artillery, machine guns, and mortars results in Indian troops pushing back the opponent side followed by an uneasy ceasefire arranged between the two sides.