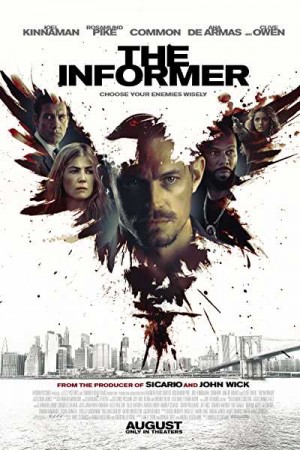 The Informer, a British action crime thriller movie, is a cinematic adaptation of Roslund/Hellstrom’s novel named Three Seconds. The story revolves around a former special operations soldier named Pete Koslow who turns into a reformed criminal. Working under crooked FBI handlers as an undercover agent, Koslow joins the drug deal of Polish mob in New York. While he manages to infiltrate the drug trade, a wrong step in the deal causes a threat of revealing his true identity to the bad world. In his last step towards freedom, Koslow must go back to Bale Hills Prison, a place he has always been fighting hard to leave.