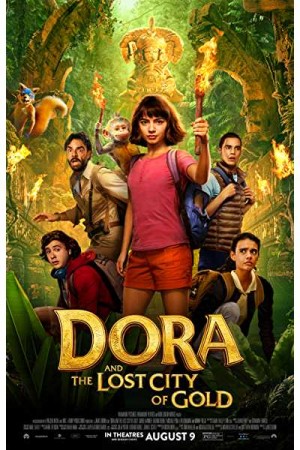 Dora and the Lost City of Gold, an American adventure film, follows Dora who is the leading character of Dora the Explorer TV series of Nickelodeon and Nick Jr. The movie is a live-action adaptation of the series featuring the same lead character on a mission to find her lost parents. Since Dora has lived most of her life exploring the jungle, she goes on to lead her new team comprising her cousin Diego, her best friend & monkey Boots, and a ragtag team of teens. During the new, dangerous adventure, Dora also has to solve the mystery of the loss of Inca civilization. Watch the movie to discover whether the explorer succeeds at everything or not.