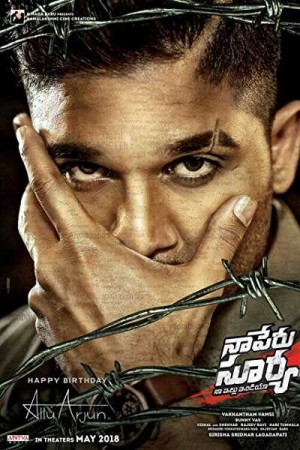 Naa Peru Surya Naa Illu India is a south Indian action and adventures film which shows the adventures of a young and courageous army officer, Naa Peru Surya. Surya’s dream is to fight on the border of the country so that the people can live peacefully and comfortably. He believes in destroying everything that goes against the peace of the country. He has no control over his anger that calls difficulties for him. One day while interrogating a terrorist he kills him out of the anger that results in his suspension from the army. But patriotism remains alive in his heart even after staying away from army.