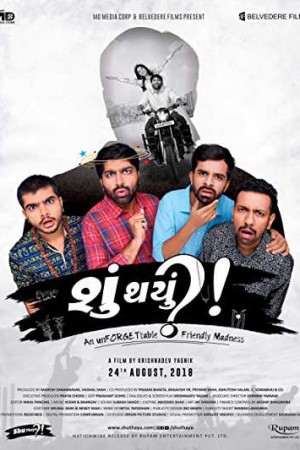 Shu Thayu, the Indian Gujarati comedy film, is the story of the funny phase of a guy named Manan before his marriage. He wants to marry Deepali, and after convincing her parents with difficulty gets his marriage fixed. But this isn’t the last problem they face as Manan meets an accident and loses his 2 years of memory while playing with his friends. Now, Manan doesn’t recognize his to-be wife and none except his friends know about his accident & memory loss. This creates a funny twist in the story creating a suspense of whether Manan will be able to remember everything & marry Deepali or not.