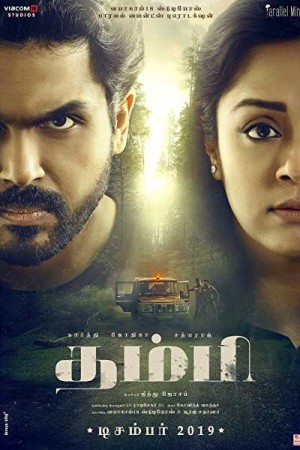 Thambi, an Indian Tamil-language action thriller movie, is a story that revolves around a girl named Parvathy and her brother Saravanan who get separated and reunite years later. Her politician father Gnanamoorthy finds Vicky, a tourist guide in Goa and a trickster, and identifies him as Sarvanan. Holding a belief that the boy will return home, even after 15 years have passed, Parvathy, her father, grandmother, and mother slowly start accepting Vicky as their own son without trying to gauge the real identity. A rival emerges and starts plotting Visky’s assassination thinking of him as Sarvanan. The movie unravels if Vicky is their real long-lost son and can survive attacks, and what happens if the real Sarvanan returns.