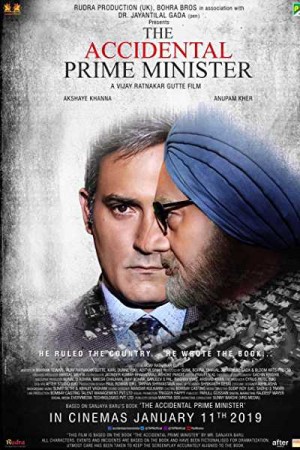 The Accidental Prime Minister is an Indian biographical film based on the 2014-memoir by Sanjaya Baru. Baru, a policy analyst, was a media advisor to the PM during the period of May 2004 to August 2008. Dr Manmohan Singh, an economist and a politician, was elected as the 13th Prime Minister of India under the UPA (United Progressive Alliance) in 2004. During his tenure as the PM till 2014, he faced several controversies. The type of control that he had on the cabinet as well as the country along with his life, work, & controversies that became a part, follow the plot of this biography.