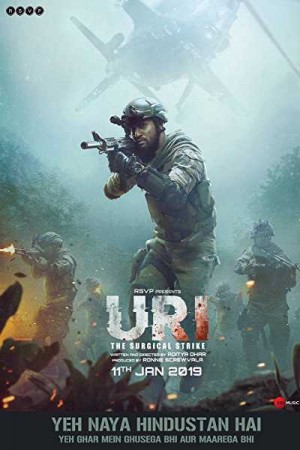 Uri: The Surgical Strike is an Indian action film based on the true events as happened during the surgical strike carried out by Indian Army. After heavily-armed militants carried out an attack near the Uri town of J&K, Indian Army planned and launched a surgical strike to avenge the deadly attack by terrorists. With the presence of militants suspected in PoK (Pakistan Occupied Kashmir), Indian military planned the surgical strike that is explained in the movie through a series of 11 tumultuous events. Spread across a time period of 11 days, watch the movie to know how brave Indian soldiers wiped out militants following a retaliation.