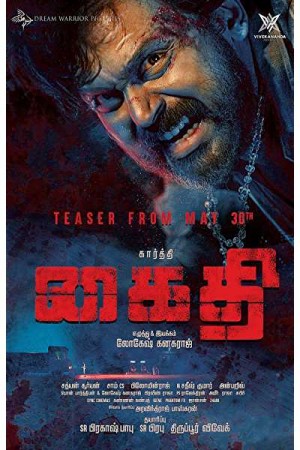 Kaithi, an Indian Tamil language action thriller film follows Inspector Bejoy and his combat with a gangster following his act of capturing a smuggling van along with the accused. The gangster behind the cruel act of smuggling drugs comes into action and makes all the policemen unconscious with poison-mixed drinks who joined for a retirement party. While Inspector Bejoy skipped the drinks due to some medication, he must fight back the gangster to rescue all the policemen while preventing the gangster to escape with the drugs and the accused nabbed red-handed. Watch the inspector in action as he works towards his goal involving no media.