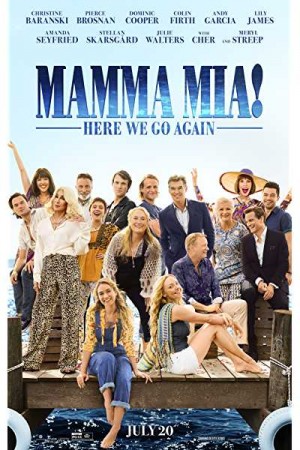 Mamma Mia! Here We Go Again is an upcoming musical romantic comedy film. The movie follows around ten years later when Sophie lives in a Greek island named Kalokairi. She is not very confident about herself being able to handle her pregnancy as well as her mothers’ villa by herself but with the help of her mothers’ friends Tanya and Rosie she manages them all. During this whole process she learns several surprising facts related to her mothers’ past. In the meanwhile, her grandmother visits her villa where she gets a chance to prove herself and show them that she can handle it well in her mother’s absence as well.